Monday was Zee’s 8th birthday.  It just broke my heart that in the midst of all of this change was his birthday.  Holidays and special occasions are hard enough for kids in foster care – but I knew the timing of this one would really take a toll on his little heart.

We wanted it to be special.  For him to know that we were really excited to be celebrating HIM.  That even though he misses his family, that we are there, and that we love him enough to make his birthday special.

Brian covertly figured out that the boys really like baseball.  They had not, however, ever been to a major league baseball game.  We can’t say much for our team here (really we are diehard St. Louis Cardinals fans.) but we picked up some tickets last minute.

When the boys figured out that we were going to a game they were so excited.  We got hotdogs and really had out the whole baseball game experience. 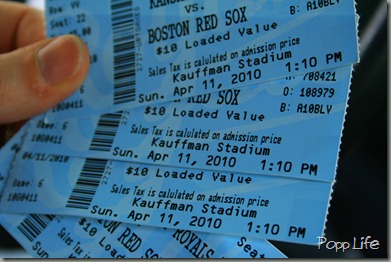 We decided it wouldn’t hurt anything for us to cheer for the home team (they’re no threat to our Cardinals anyway…) but Zee decided that he wanted to cheer for the ‘Roston Bed Sox.’  I corrected him several times, but apparently those Boston guys like to wear socks to bed or somethin. 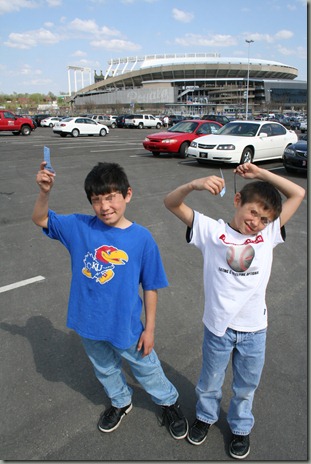 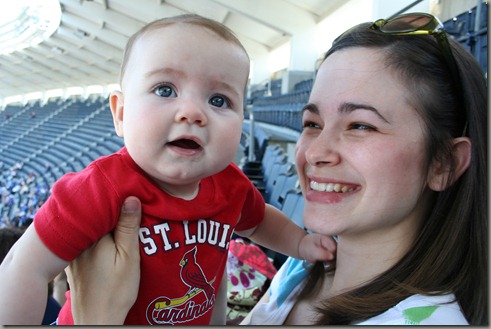 Sylvia also enjoyed the game.  But only while representing the Red Birds!

Yesterday, (on his actual birthday) we also wanted to do something special.  While the boys were at school {after spending 3 hours getting them enrolled.  ugh.}  I went and picked up the supplies.

I told Zee he could have ANYTHING he wanted for dinner.  ANYTHING.  What is your very favorite meal?  It’s your birthday, you can have it.

Folks, we had hotdogs and mac ‘n’ cheese.

But I said anything.  During dinner Zee dropped a few hints about wishing he had a birthday cake – which I purposely let roll right past.  After dinner I snuck and got the cake out of the other room, while Brian snuck and got his birthday presents.  When we came around the corner you should have seen his face!  He was so excited!

So we had cake and opened presents.  Brian took them straight to the park to try out the new soccer ball, and to run off said cake.  I think overall he really enjoyed his birthday.

Later that night there was a little bit of a breakdown.  Through tears Zee told Brian, ‘I just really miss my mom.’  All we can do is be there for him.  There’s nothing we can say that can fix his situation.  We just have to let him know that we love him.  And that we are so excited and blessed to celebrate him. 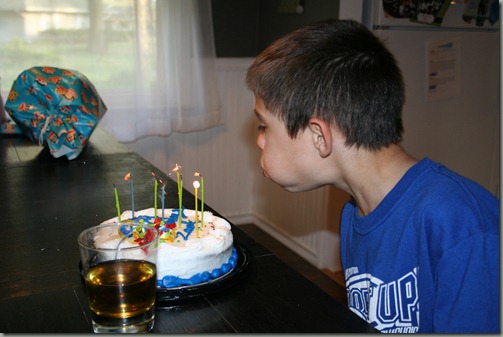 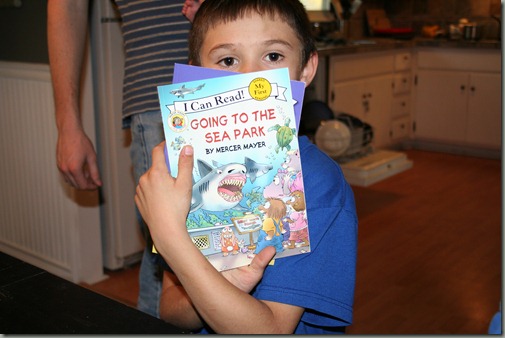 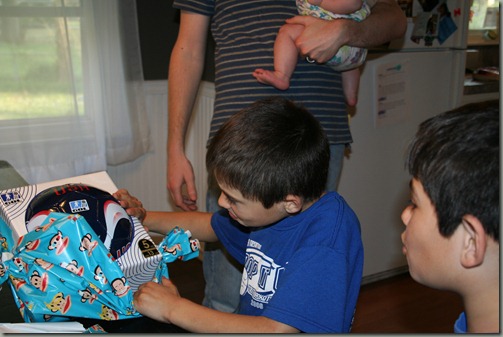